So sorry for skipping a day of blogging, y'all! The good news is that means twice as much fun for you to read about today!

So, where were we when I last left you? Oh, right . . . Jerusalem! I am convinced that we woke up so early yesterday morning that God had yet to create light. We left St. George's in Jerusalem for our three-day excursion to Galilee very early, riding to Wadi Qelt in silence. Wadi Qelt is on the edge of the Judean desert and is a dry ravine that fills with water after the rains. The wadi overlooks the old Roman road that connected Jerusalem and Jericho, a road that very probably was trod often by Jesus and his disciples. The vista was truly awe-inspiring, and sharing Eucharist with my fellow pilgrims was spiritually and emotionally poignant. After the emotions wore off, some of us tried our hand at camel riding, which yes, was as hilarious as you are imagining! (There is a camel-riding blooper roll at the end of the entry; you're very welcome for the laughs that will ensue!)

After a short bus ride, we arrived in Jericho, currently a Palestinian city in the West Bank and close to both the Jordan River and the Dead Sea. Biblically, Jericho is mentioned in the book of Joshua, where we are told that Jericho's walls fell down after Joshua's Israelite army marched around the city blowing their trumpets during their conquest of Canaan. Thankfully, we were spared such masonry incidents. Instead, we rode the cable car from Jericho to Mount Temptation, said to be the mountain where the devil tempted Jesus in the Judean desert, which overlooks Jericho. (Fun fact: the Jericho cable car is the longest cable car below sea level. Because there are so many cable cars below sea level, obviously!)

There is a Greek Orthodox monastery that has been built into Mount Temptation, aptly named the Monastery of Temptation. There has been a monastery on this site since the 6th century, the earliest being built over the cave traditionally said to be where Jesus spent his forty days and forty nights fasting in the desert. The building is magnificent, as are the views of Jericho and the Dead Sea. Just don't get caught with your hands in your pockets! (Seriously, a monk will yell at you in a language you don't know. Just ask Keith and Nick!)

We spent the next few hours driving through the West Bank, eventually crossing over the border back into Israel proper on our way to Nazareth. A few things struck me along the way. Firstly, there are still people in the West Bank living in caves and grottoes, not unlike the ones that Mary was said to have lived in. Secondly, checkpoints to get into the Israeli state can be quite unnerving, and that's to me, a white American who honestly has nothing to fear from the Israelis. I literally cannot imagine having to go through one as a Palestinian. Our tour bus stopped at the checkpoint as it was mandated to do, and three Israeli soldiers began to question our driver, Omar, a Palestinian Muslim, and Iyad, our guide, a Palestinian Christian, and asked to see their papers. The soldiers' tone was condescending, and the three, one with a loaded sub-machine gun, walked the length of the bus, looking for weapons or contraband. Thirdly, once across the Israeli border, the landscape immediately turned lush and green. It was not the dry, rocky desert that we saw in the West Bank 100 meters prior. Due to the Israelis siphoning off all the resources, including water, there were abundant agricultural fields producing food - but only for Israelis, of course.

When we arrived in Nazareth, we went straight to the Greek Orthodox Church of the Annunciation. The Greek Orthodox believe that the angel Gabriel came to Mary as she was drawing water from the well, so the church is built over a spring that has been flowing for over 2,000 years! Next, we walked to the Roman Catholic Church of the Annunciation, built around the stone grotto that was said to be Mary's home. Roman Catholic tradition states that Mary was visited by the angel Gabriel at home, hence the church there!

Last night, we had the pleasure of speaking with Father Nael Abu Rahmoun, the priest at Christ Church Anglican in Nazareth. He spoke very openly and passionately on issues of identity, as he is Arab, Palestinian, Christian, and an Israeli citizen by birthright. His perspective was enlightening and eye-opening, to say the least. He also spoke about the state of Christians in the Holy Land.

We finally got to get some rest at the Sisters of Nazareth Guest House, literally a stone's throw away from the Roman Catholic basilica commemorating the annunciation.

This morning, we celebrated Eucharist at Christ Church Anglican, along with the Palestinian congregants and a group from the West Coast. Keith celebrated, as did the bishop of Northern California, Father Nael, and a retired Palestinian Anglican priest. The service was in both Arabic and English, with congregants participating in their native tongue. The result was a beautiful cacophony, filling the church with prayers and song.

This afternoon, we explored the excavated site of Sepphoris / Zippori, the possible birthplace of Mary and the possible residence of Anna, Mary's mother. The site is also important as it may have been the place that Joseph took Jesus to pass on his craft of master builder. (Fun fact: the word "tekton," used to describe Joseph's profession has been misinterpreted as a carpenter. In fact, it means "master builder," and means that Joseph was not a poor carpenter, but in all likelihood made a decent living.)

The site of Sepphoris / Zippori was the administrative center for the Romans in Galilee, and has ruins dating back to the first century. Highlights of the site include: a mosaic floor showing how the Nile River was measured in Egypt to determine taxation amounts; a watchtower to survey the surrounding are and the nearby trade route; an ancient synagogue; a mosaic floor depicting "the Mona Lisa of Galilee," a beautiful woman; and a theatre holding 4,000, where we were serenaded by our own Brenda Weir with a GREAT rendition of "This Little Light of Mine."

Tomorrow is another jam-packed, fun-filled day - and it starts in about 7 hours!

P.S. As promised, here are some HILARIOUS photos from our camel rides yesterday morning! (Yes, I left them at full size for your viewing pleasure!) 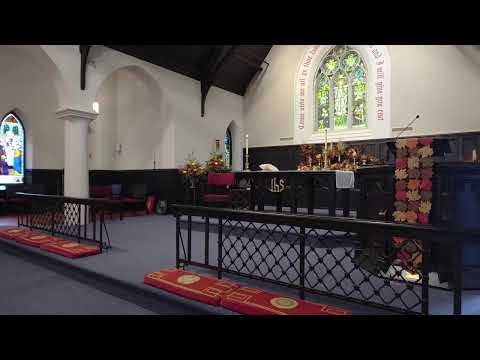