“Actually—and this was where I began to feel seriously uncomfortable—some such divine claim underlay not just 'the occupation' but the whole idea of a separate state for Jews in Palestine. Take away the divine warrant for the Holy Land and where were you, and what were you? Just another land-thief like the Turks or the British, except that in this case you wanted the land without the people. And the original Zionist slogan—'a land without a people for a people without a land'—disclosed its own negation when I saw the densely populated Arab towns dwelling sullenly under Jewish tutelage. You want irony? How about Jews becoming colonizers at just the moment when other Europeans had given up on the idea?” - Christopher Hitchens, Hitch-22: A Memoir

“Religious practice in the Land of the Bible tends to encourage exclusivity and discrimination rather than love and magnanimity. There is no place like the Holy Land to make one cynical about religion.” - Raja Shehadeh, Palestinian Walks: Forays into a Vanishing Landscape

These quotes have been running through my head during the last 48 hours, as we made our way back from Nazareth to Jerusalem yesterday and visited Bethlehem today. This blog post is not easy for me to write, as the intersection of law, religion, history, culture, security, and peace can only leave me confused and conflicted, pulled this way and that, completely unable to extrapolate and articulate the faults of each side of the Arab / Israeli conflict or a clear path forward. My only recourse has been to cry (which has happened a lot and is really not helpful, nor productive), state that the current situation is not fair (also not helpful nor productive), and to feel a deep sense of desperation at the current state of Arab / Israeli affairs.

We started our trek back to Jerusalem early yesterday morning, stopping at St. George's Greek Orthodox Church in the West Bank town of Burquin, considered to be the 4th oldest Christian church in the entire world. To reach the church, we had to pass through an Israeli checkpoint, as we were crossing out of Israel proper into the West Bank, also known as the "Occupied Territories." We had no problem crossing the border; the prevailing attitude is that the Israelis don't much care about who passes into the Occupied Territories - they are far more concerned with those crossing the border into Israel. We watched as Palestinian workers who were lucky enough to get a work permit for Israel passed through the checkpoint, some getting up as early as 3 am to stand in line at the checkpoint for the chance at some work. The Palestinians are not able to drive across the border, as you need a yellow license plate to do so, and most Palestinians only possess a white license plate, which is only legal to drive on certain roads and certain areas. Instead, the Palestinians drive to a parking lot on the West Bank side of the checkpoint, park, and continue through on foot through a series of cattle-like herding mechanisms, only interacting with the Israeli soldiers through video and audio, not in person. The Palestinian workers are not allowed to take any tools through the checkpoint, so goodness knows how they manage to complete any sort of trade work.

Upon arriving at St. George's Church, we were greeted by a Greek Orthodox monk who offered us strong Arabic coffee and delicious cookies. Once inside the church, a local Palestinian man described the history of the church to us and the miracle that is commemorated at that spot. According to Luke in the New Testament, Jesus entered the village of Burquin on his way from Galilee to Jerusalem and miraculously healed ten lepers that called out to him, begging for help from the cistern in which they were being kept.

The next stop was the Greek Orthodox Monastery of St. Photini the Greek in Nablus, a large Palestinian city in the West Bank. The monastary is also known as the Monastery of Jacob's Well. St. Photini lived in first century Palestine, at the time of Christ, and was the Samaritan woman that Christ approached at the well, asking for a drink. The church is absolutely stunning, with Father Ioustinos, a 72 year old monk having hand painted all the church's icons and frescoes, as well as having designed the stained glass for the beautiful chandelier that depicts the stations of the cross. We were not only able to see the well, but draw up fresh water and drink it too!

Unfortunately, this monastery has not been spared in the myriad conflicts that affect this land between peoples and religions. In 1979, Father Philoumenos of the monastery was murdered by a radical Israeli Jewish assailant, who first threw a hand grenade inside the monastery's sanctuary and then attacked Father Philoumenos with an ax as he attempted to flee. Father Ioustinos has since spearheaded a large reconstruction project and the church has been restored.

On our way to Taybeh (tie-bay) for lunch, we stopped in Nablus to taste kenafeh (ken-off-ee), a local sweet made of shredded wheat stuffed with a mixture of goat's and cow cheese and soaked in a sweet sugar syrup. This dessert is a specialty of Nablus and was delicious!

Taybeh is the only 100% Christian town in the Palestinian Territories and happens to be the birthplace of our guide Iyad's mom! In true Episcopalian fashion, we stopped in for a visit at the Taybeh Brewing Company! The company was started by a Palestinian man who moved his family back to Palestine after the Oslo Accords were signed with Israel in 1993, hoping that the freeze on Israeli settlements would bring peace. The brewing company is now run by the owner's two children, both of whom are Palestinian-Americans and hold American passports. Canaan, the son, spoke to us about the hardships of running a brewery in the Occupied Territories - water delivery is sporadic; exporting and importing is a logistical nightmare as the Occupied Territories don't control any of its borders; despite holding American passports, Canaan is not allowed to travel to Jerusalem, even for business meetings. Despite these hardships, Canaan and his family are going strong, exporting to more than a dozen countries and holding an annual Oktoberfest, which serves as a festival for the entire town and draws more than 10,000 visitors!

After a delicious lunch in Taybeh, we stopped quickly at the ruins of St. George's church, a 4th century church that was situated on a hill in Taybeh. Local Palestinians still visit he church to burn candles and offer sacrifices, including animal sacrifices.

Last night, Mr. Ophir Yarden, an Israeli Jew visited us here at St. George's to discuss contemporary issues and the Israeli position on many issues surrounding the Arab / Israeli conflict. Mr. Yarden did a wonderful job of describing the spectrum on which Israeli Jews fall from the far left to the far right, representing the different views and policies of the spectrum's extremes. Despite his wonderful presentation, I must admit that I had a hard time listening to it. I was hoping that in some way, everything I knew about the current Arab / Israeli situation was exaggerated or misinformed, that it really wasn't as contentious as I had heard, and that a resolution would be quicker, closer, and less painful than I had imagined. It isn't, and it won't be; and for me at least, that is a very, very hard pill to swallow.

Today's activities didn't make last night's naked realization of how dire this situation is any better. We began the day at the Shepherd's Field, the site that commemorates the angel bringing the good news of Christ's birth to the shepherds who tended their flocks by night. We were able to descend into the ruins of a first-century home, almost certainly like the one that Mary and Joseph stayed in when Jesus was born. Bethlehem, a small village at the time of Jesus's birth, populated by only a few hundred people, would most likely not have had an inn. Instead, Mary and Joseph would have stayed with relatives, and once it came time for Mary to give birth, she would have been taken to the back of the rock grotto, away from the rest of the family, where the animals slept to give birth.

Our next stop was the Israeli West Bank Separation wall, a separation barrier that Israel erected along the "Green Line," the line that separates the West Bank from Israel and represents the territory that Israel captured from Jordan in the 1967 Six Days's War. Israel considers the wall to be a barrier against Palestinian terrorism; Palestinians consider the wall to be racial segregation or apartheid. The barrier was erected during the Second Intifada in 2000 and was originally conceived as being temporary, although now it has become a possible barrier between Israel and a future Palestinian state. The barrier was decried as illegal under international law by the International Court of Justice and has proven to be a sticking point in any peace process.

I have no words for the emotions of standing inside a 40-foot concrete barrier wall where there is only one entrance and one exit that is controlled by an occupying military force. I have no way to describe the fact that the Israelis believe the Palestinians to be so dangerous that they literally built a wall around them to keep them outisde of ttheir own territory. I have no way to convey to you the way that a wall like that has interrupted the lives of normal Palestinians - they are cut off from friends and family; they are not able to attend the funerals of family members and friends; Muslim Palestinians are cut off from the temple in Jerusalem for their holy month of Ramadan. I will put some pictures here, though they truly do not do it justice.

Our last stop of the day was the Church of the Nativity, the oldest church in Chistendom, constructed by Constantine in 326 AD. The church is shared by the Roman Catholics, the Greek Orthodox, and the Armenians. In true Holy Land fashion, the church is split into sections, each denomination claiming a piece of it. The main part of the church, the Greek Orthodox part, is built over the cave where Jesus is said to be born and then laid in the manger.

Tonight, we had the pleasure of hearing Mr. Firas Amad, a Plaestinian Muslim, speak on Islam and its stakes in the Arab / Israeli conflict. Slowly, the whole picture is starting to come together for us pilgrims, though I know that for me, at least, it is raising more questions rather than answering them.

It is easy to read this and think that the Holy Land is doomed to conflict for eternity. That is certainly how it feels at some moments. The opposite is quite true, actually. To watch our guide, Iyad, a Palestinian Christian, work side-by-side our driver, a Palestinian Muslim, and for both of them to cut up with Israeli Jews at Kibbutz Ginosaur and Sapphoris gives me hope. If left to the average citizen, the Holy Land will see peace again.

P.S. I know this post is super heavy. Please accept this photo of me and a smiling goat as my penance! 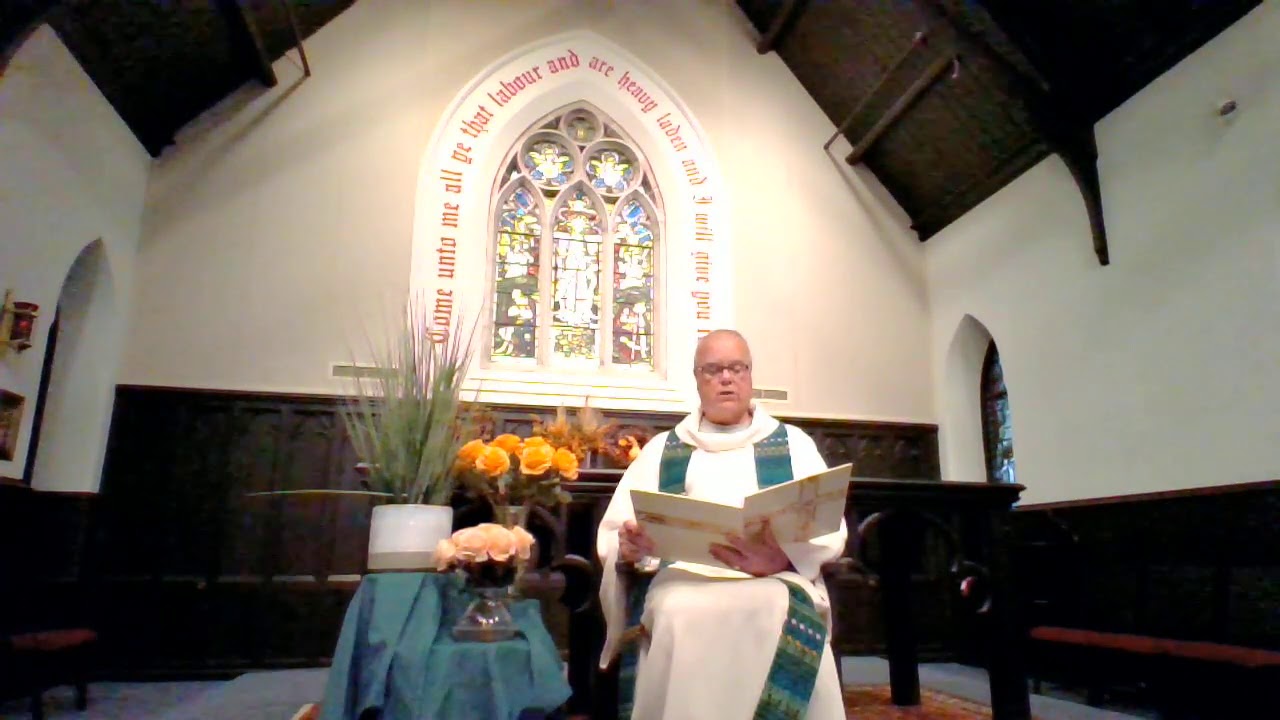 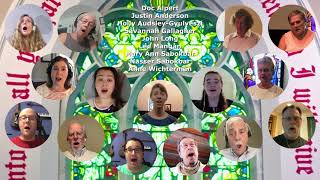 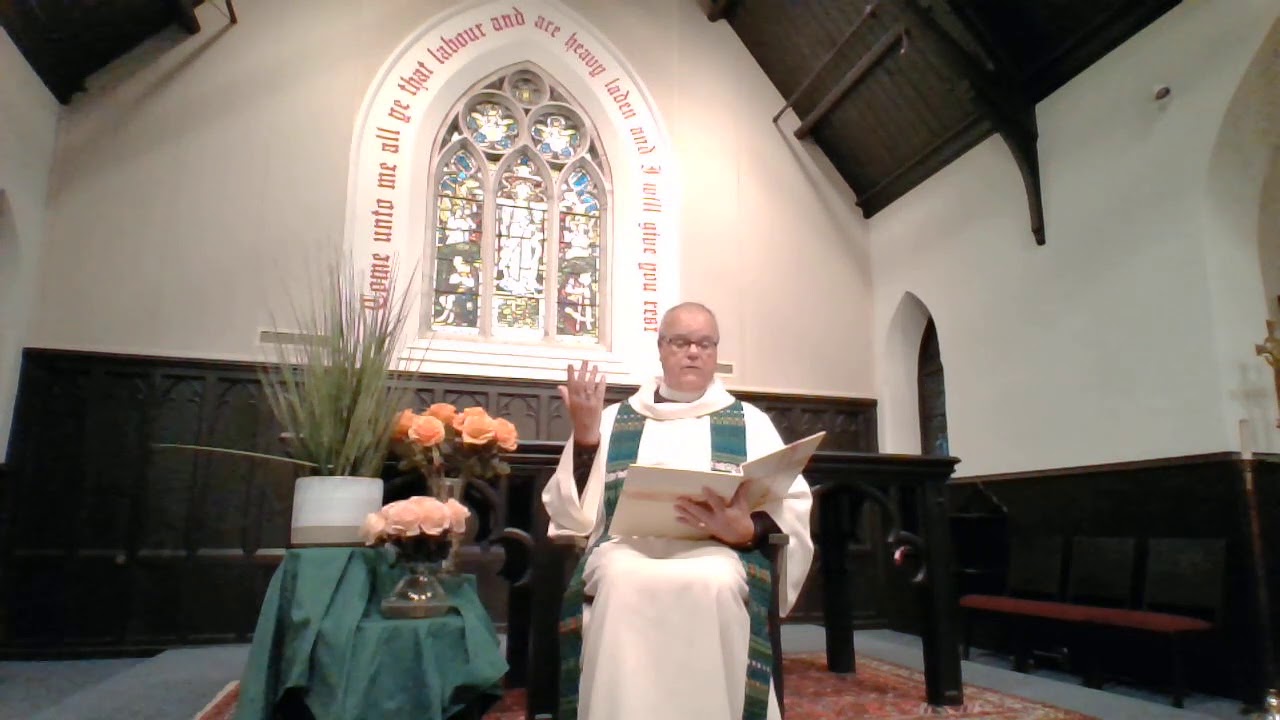